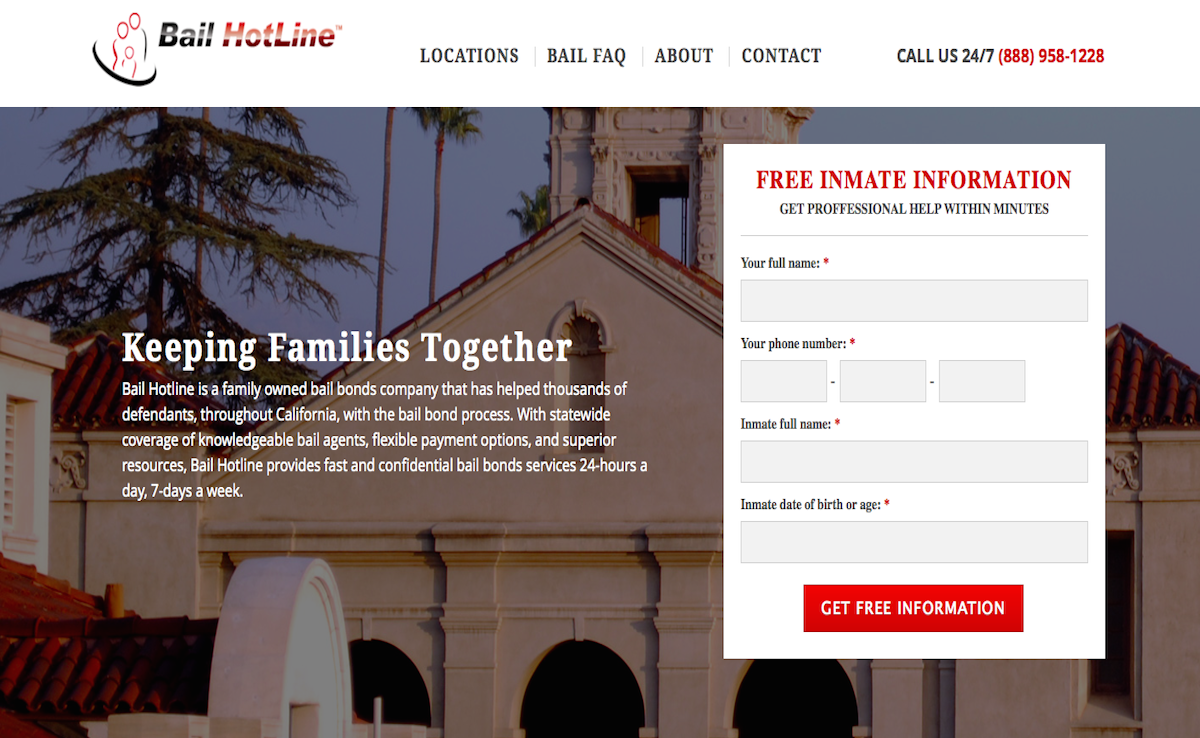 Based in California, Bail Hotline is a long-standing bail bond agency that has helped thousands of people bail friends and family members out of jail. We will explore some of the ins and outs of the company and, at the same time, give you an overview of bail bonds, how to find a bond agency, and different ways you can expedite the bail bond process.

There are more than 25 Bail Hotline offices throughout the State of California. It continues to grow, too, and has a presence in almost every county. California, being one of the largest states with courts that use bail bonds, has benefited from this company for years. Also, Bail Hotline is willing to answer any questions you have about bonds every minute of every day of the year.

2. Helpful: A Bank of Knowledge

Bail Hotline understands that few people have ever had to take out a bail bond. When it happens, though, you will have lots of questions about the process, like: How do I pay for a bond? How long does it take? What can I use as collateral? Fortunately, Bail Hotline’s expert agents have the experience to answer any and all of your questions.

Bail bonds are an interesting agency with a less than inspiring history. Bail Hotline, however, stands out because it professionalized the bail process. It is an efficient, fast-growing company that retains its roots and promise to help people get their friends and family members out of jail as easily (and quickly) as possible.

Bail Hotline is the second-largest bond agency in the state. This means it has offices in almost every county and, more importantly, the infrastructure to efficiently manage each of its clients. It also has a presence on Facebook, Twitter, Google Plus, and YouTube.

When the time comes to bail someone out of jail, a phone call to Bail Hotline is the first thing you need to do. You need to know some things beforehand, of course, such as the accused’s legal name, the bail amount, and which jail he or she is being held in. Next, your Bail Hotline bond agent will discuss different forms of collateral you can use in addition to a premium (bonds require a 10 percent down payment that the agency keeps for its services).

From there, Bail Hotline will make sure all of your paperwork is in order (for collateral) and will bail the person out of jail. The entire process usually takes a few hours, though time varies if the amount is high or low.

As you can see, Bail Hotline is a new-age bail bond agency with a professional, customer-centric focus. The agents are all well-trained and are more than prepared to help you through an otherwise frustrating, expensive process. So if you ever get a call from a jail, you know that Bail Hotline is the first call you should make after you hang up the phone.